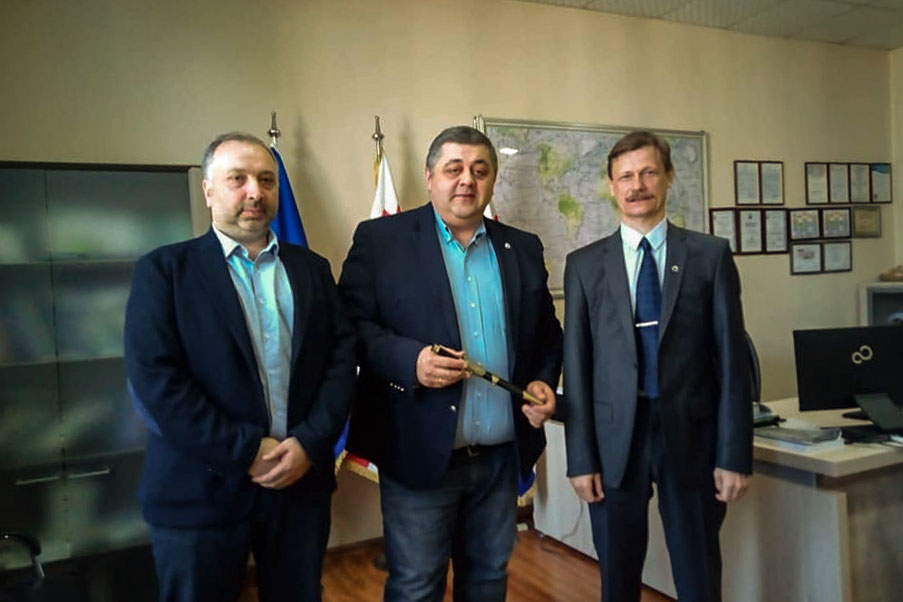 Project “Corridor of effective cooperation” initiated in Kherson in the framework of Baltic Black Sea Economic Forum is actively developing.

As an active member of IMLA (Association which unites leading maritime academies all over the world) Batumi State Maritime Academy will host the 26th Conference of this high powered organization in September 2019.

Mr. Iraklii supported the initiation of Kherson colleagues and expressed confidence that cooperation with colleagues from Kherson, Klaipeda and Gdynia has all bases to become effective and fruitful, to allow joint solution of issues related to development of logistics.

In regard of the Agreement of Cooperation the Head of Batumi State Maritime Academy expects that the final wording will be agreed rapidly with Kherson colleagues and it will be ready for signing which Mr. Iraklii suggests to carry out in Batumi either in June during celebration of Sailor Day or during the 26th Conference of IMLA in September.