This morning at the Kherson gymnasium №16 began with the solemn performance of the Polish national anthem by the students of the gymnasium. Thus a series of events dedicated to the celebration of the 103rd anniversary of the restoration of Polish independence began.
Less than a year has passed since Kherson Gymnasium №16 and School №26 named after the Home Army of the Polish city of Gdynia officially became partners (December 16, 2020). Despite some adjustments made during this time by quarantine restrictions, the cooperation of these Ukrainian and Polish secondary schools was actively developed, accompanied by joint activities.
Today's celebration was no exception. Activities at the Kherson Gymnasium №16 were continued with the opening of a new Polish language classroom and a small informational lecture on Poland, which was conducted for the lyceum students with the help of representatives of the Kherson organization Polonia. 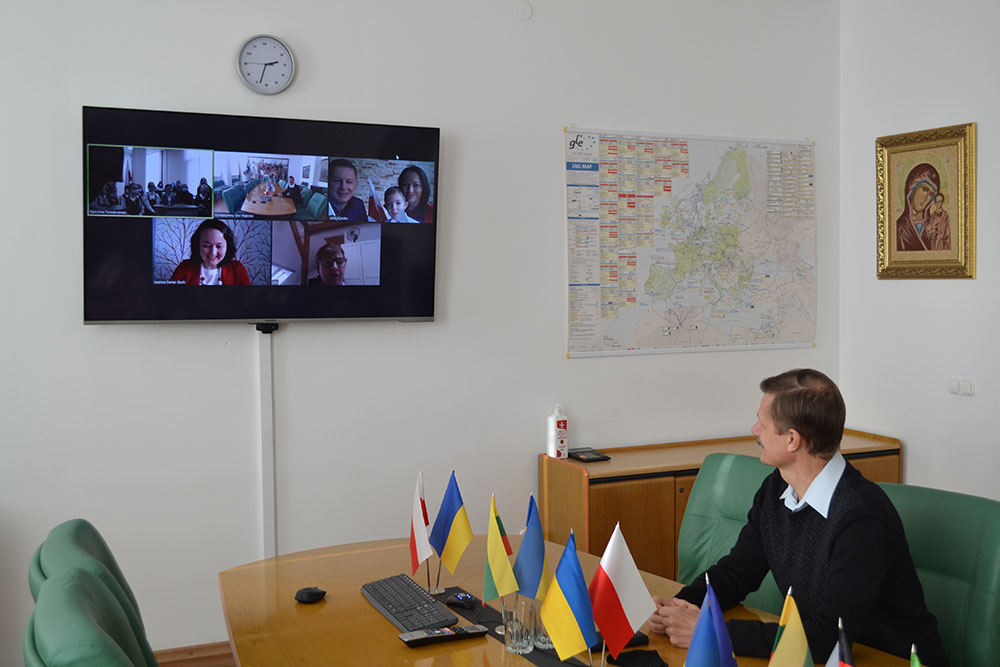 Subject to the quarantine restrictions currently in place in Kherson, the activities were carried out in a mixed online - offline mode.
In the second part of the event, they were joined online by partners from the Polish city of Gdynia and representatives of the Baltic-Black Sea Economic Forum:
• Alicia Baidushevska - director of the school №26 in Gdynia;
• Joanna Samp-Schultz - foreign language teacher at the school №26 in Gdynia;
• Volodymyr Makukha - Chairman of the Board of the Baltic-Black Sea Economic Forum (Kherson);
• Dariusz Kijanka - Poland-Ukraine Project Manager of the Baltic-Black Sea Economic Forum (Gdynia).
The original video bridge between Ukrainian Kherson and Polish Gdynia allowed not only to warmly greet Polish friends on the Polish Independence Day, but also showed significant prospects for effective cooperation between secondary schools in Kherson and Gdynia, to agree on current joint plans.
Addressing congratulations to Polish friends, Chairman of the Board of the Baltic-Black Sea Economic Forum Volodymyr Makukha said in particular that: "Partnership and cooperation between Kherson Gymnasium №16 and School №26 named after the Home Army of the Polish city of Gdynia, which is actively developing is not only an example of effective partnership but also the foundation of expansion and sustainable development of cooperation between enterprises, organizations and institutions of Kherson and Gdynia. It is an example of friendship and partnership, which is established from the school bench".