Today (December 1, 2021) a working session was held with the participation of Chairman of the Board of the Baltic-Black Sea Economic Forum Volodymyr Makukha, Rector of Kherson State Maritime Academy Vasyl Cherniavskyi, Director of the Science Park of KSMA “Maritime Industry Innovations” Alena Leshchenko, General Director of SMG Dmytro Krasnikov and Manager of Turkmenistan-Ukraine projects of the Baltic-Black Sea Economic Forum Ahmet Annaiev.

During the session, they discussed the issues related to the organization of the final part of the VII Baltic-Black Sea Economic Forum that had begun its work on September 25, 2020. The enforced division of the forum into two parts had been determined by the adjustments introduced by the COVID-19 pandemic, which had prevented a powerful delegation from Turkmenistan and Turkish delegates from coming to Kherson last year. In addition to organizational arrangements, some adjustments were previously made to the list of issues to be considered. In particular, taking into account and supporting the cooperation proposals in shipbuilding and ship repair expressed earlier this year by Turkmenistan during the online meeting Turkmenbashi-Kyiv at the level of representatives of the relevant ministries of Turkmenistan and Ukraine, it was decided to bring their discussion to one of the sections during the continuation of the forum. The outcome of the XV ECO Summit held last week in Ashgabat became a certain reference point in defining the basic issues to be considered during the final part of the VII Baltic-Black Sea Economic Forum, taking into account the strategic mission of the international team of the forum in building bridges connecting Europe and Asia. In particular, the President of Turkmenistan Gurbanguly Berdimuhamedov pointed out the importance of intensifying cooperation in the development of existing and new transport and transit routes as one of the markers of global growth. Taking into account the ideas expressed by the leaders of the ECO member states, there were provided proposals on the issues to be discussed at the forum sites, which are related to: 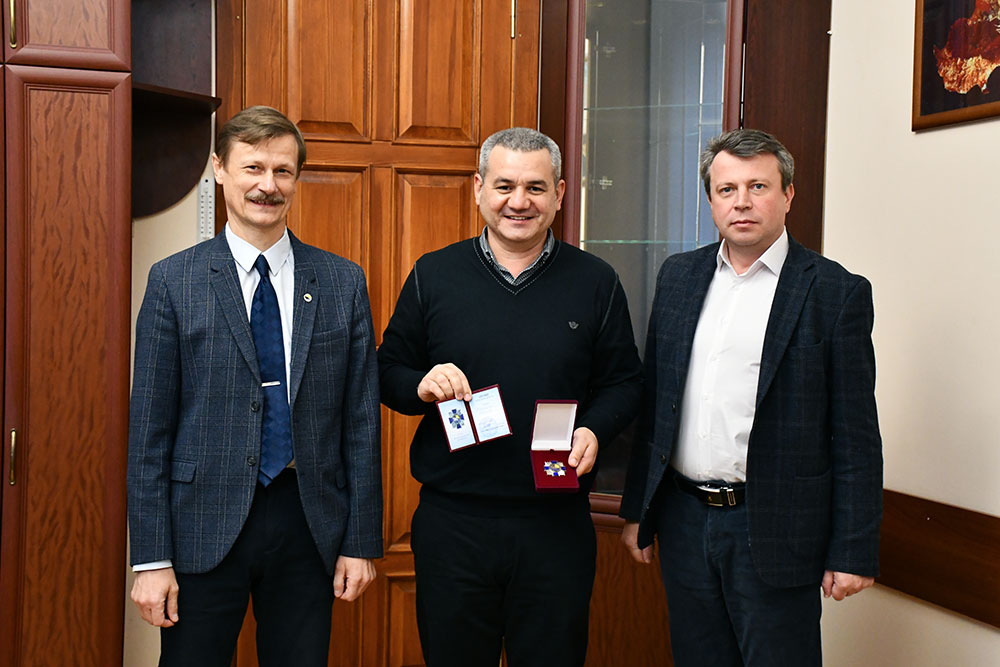 During the working session, Chairman of the Board of the Baltic-Black Sea Economic Forum Volodymyr Makukha and Rector of Kherson State Maritime Academy Vasyl Cherniavskyi solemnly awarded Manager of Turkmenistan-Ukraine projects of the Baltic-Black Sea Economic Forum Ahmet Annaiev (pictured in the centre) with the International Order “For Efficiency”, to which he had been presented last year.

«Accepting this high award, I want to say that I always rely on the wise decisions of our President, H.E. Gurbanguly Berdimuhamedov in my work. His strategic vision allows my native Turkmenistan to develop effectively and move forward with confidence, fulfilling the task set during the I Caspian Economic Forum in Turkmenbashi to actively develop international cooperation to the shores of the Baltic Se».